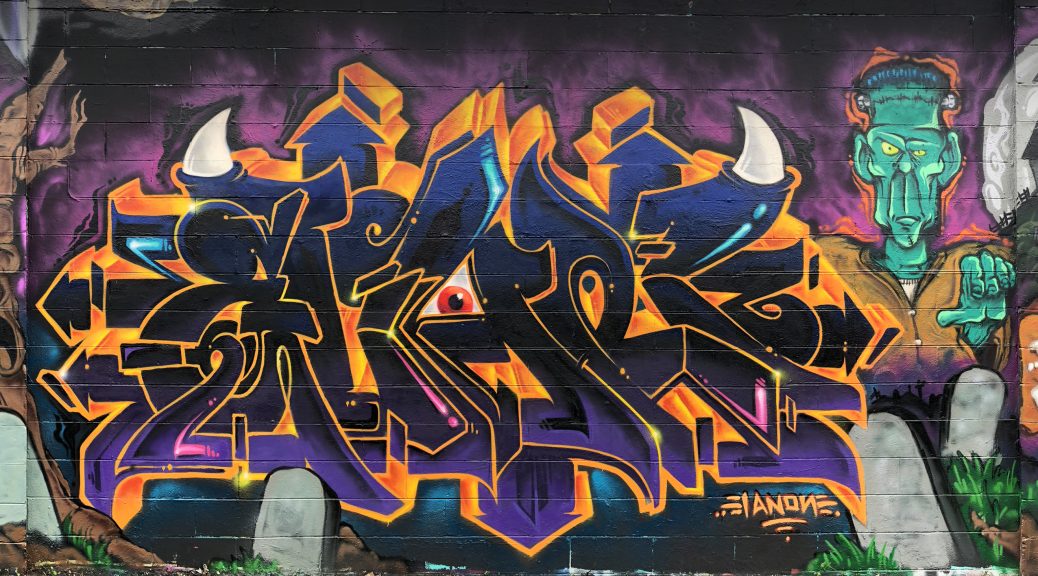 Just wrapped up a Halloween production with a bunch of heavy hitters. Waiting on a few people (um…Brainpaste) to finish, but here is my section of the wall. Haha! Big shoutout to everyone who came through…Meres, Rain, Demer, Zar, Easy, and Alex from @njgraffitiart. Stay tuned for connectors of the whole thing!
Click the image to zoom in…

Check Out Some Pictures on Facebook!
OUTSIDE/IN curated by Leon Rainbow

The Jersey Fresh Jam is New Jersey’s premiere Hip Hop festival. Since 2005, it has grown from a small, humble event into one the most respected celebrations of Hip Hop culture on the east coast. At the twilight of every summer, aerosol artists from far and wide converge to adorn the walls of Terracycle INC with their signature masterpieces, while local and regionally known emcees, bands, and DJs provide the soundtrack for the days festivities.This event is free and open to the public. Come and share the excitement!

I got down at the Rekuvor the Earth event in Bradley Beach today with about 20 other writers on two large walls. A big shout out to Site and Muzik for setting it all up and getting me down with it. Also a shout out to all the other writers who did their thing. Here are just a few pics of the wall I was on. More pics to come…

Big shout out to Site for putting together the video, and all the other writers who got down…