Found this in an old stack of flicks recently. Wish I had connectors of the whole wall, but it was Klas, Xide, Jnub and myself….

Found this in an old stack of flicks recently. Wish I had connectors of the whole wall, but it was Klas, Xide, Jnub and myself….

I was going through an old box of flicks and came across this. This used to be called the “Elizabeth Wall of Fame”. Chek, Crash and I had just started the NJ crew and this was the first wall we did together. My first wall ever! I’m all the way to the right. In order from left to right:

Came across a stack of old flicks. These are all from between 96 to 98…

I haven’t kept a traditional graffiti blackbook in years. I usually just sketch nowadays trying to evolve style, and don’t focus much on the art of using markers. Anyway, I recently found one of my old blackbooks from around 98 and thought I would post some pics. Pretty much all of my main partners from that time are in it, along with just some talented writers I knew from around the way. Check it out!

and special appearances by…

Back in summer of 95, Chek and I designed our first t-shirt together. It was cool to see our design on an actual t-shirt, so we were pretty geeked to be wearing. We went to our usual spot trackside to go take some flicks in front of our pieces.

As we were walking down the tracks, we spotted Sere and Crash painting the wall. They were crew, so it was all good. We wanted to show off the new shirts, so we headed their way. We were pretty far away, so we yelled out, but all they saw was two guys coming their way rocking matching blue shirts. They thought it was transit police so they took off. Sere tripped crossing the tracks and his cans went flying all over the place. Chek and I caught up, and had a good laugh. Sere was pretty happy to see it wasn’t the cops…even if we were laughing at him! 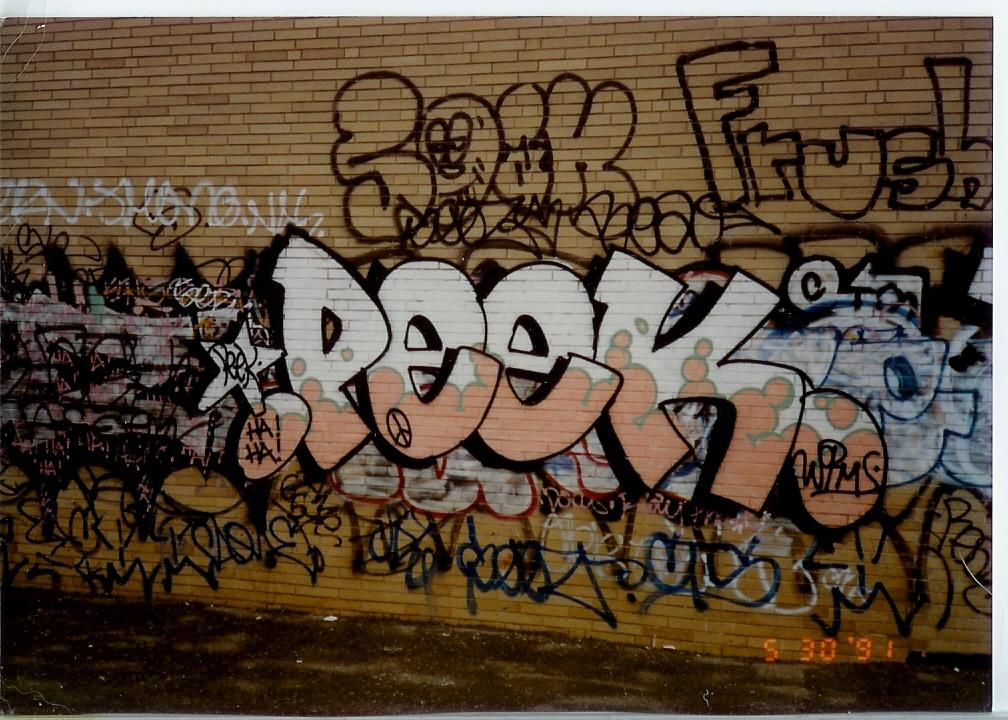