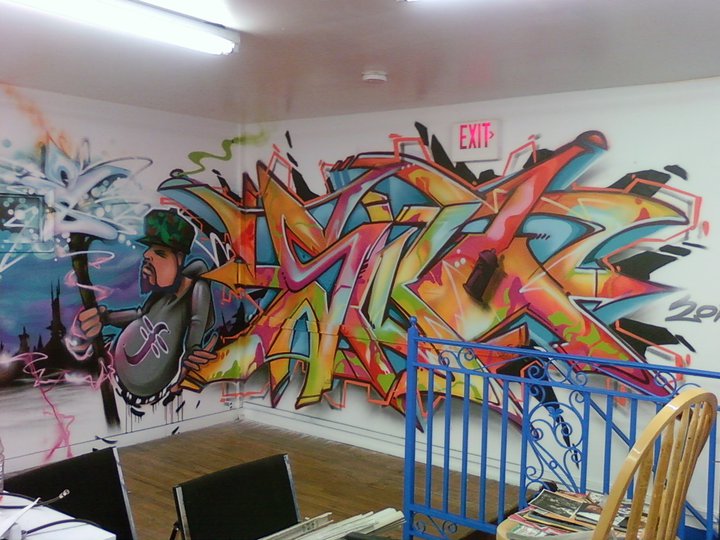 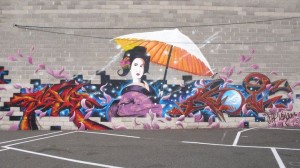 SPITFYRE PRODUCTIONS presents An exhibition of Graffiti and Street Art

By: Carmelo Sigona aka SNOW

Homegrown New Jersey artist Carmelo Sigona, aka SNOW, started as a student of graffiti and street art.  His early works and influences came from his time spent with various graffiti legends from Paterson, NJ to the Bronx, NY.  He has an immense body of work that spans 3 decades.  From his bombing days in the 80’s to his production work in the 90’s, and his mixed mediums of the new century, SNOW continues to push the bar with his versatility. His ability to challenge himself and try innovative styles while maintaining a distinct feel to his work, has entertained and inspired graffiti writers and artists worldwide.

SNOW has worked for Todd McFarlane, creator of Spawn, as a painter and designer of action figures, play sets, and environments. He has created stage sets, props, album covers and backdrops for numerous music industry icons: Will Smith, Wu Tang Clan, Gangstarr, Mobb Deep and Chris Brown to name a few.  His work and career is frequently featured in periodicals including Time and People magazine.  He currently operates Fly Dragon Studio where he is creating a series of graffiti and hip hop inspired comic books. With this series, titled TALES from the MIST™, SNOW hopes to expand his influence into a new realm!

The Paul Vincent Gallery is committed to bringing high quality art and entertainment to the City of Hoboken. The team at Paul Vincent Gallery strives to continue building a community of people who celebrate culture and an appreciation for the arts. In addition to exhibitions, the gallery hosts live model drawing sessions every Tuesday night and offers its space up as a photo rental studio. The space is close to 2000sqft and is located at 49 Harrison Street, Hoboken, NJ. For more information please contact paulvincentgallery@gmail.com.