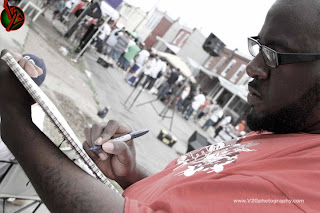 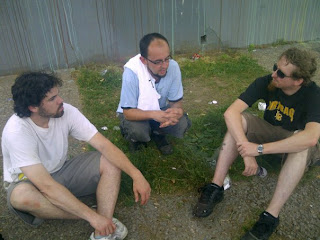 Not much to share far as SAGE painting at the BBoy BBQ in Philly due to a politician shutting down the aerosol mural. Apparently the wall on the block chosen was in an anti-graffiti zone. The po po was deep, with the Seargent of Police and if we’d of kept painting we would have gotten locked up. So the only flicks I have are blackbooking and sitting down. Here’s 45 minutes into what my piece was going to be. The video is of some of the breakers going at it in the early afternoon, including my little guy at the jump. NEXT YEAR IT’S ON! – LUV1 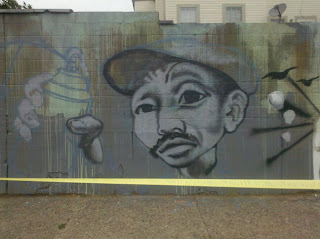