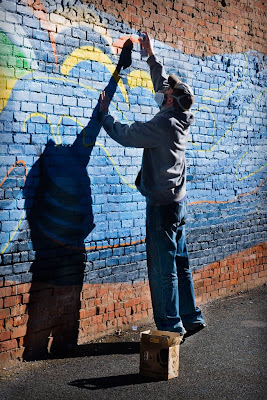 Recent feature in the Hudson Reporter about the Jersey City Mural Arts Program and our Big Blue Whale Mural.
hudsonreporter.com/pages/full_stories_home/push?article-T… 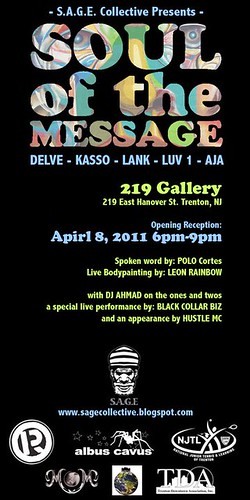 Soul of the Message, originally uploaded by eL hue V. 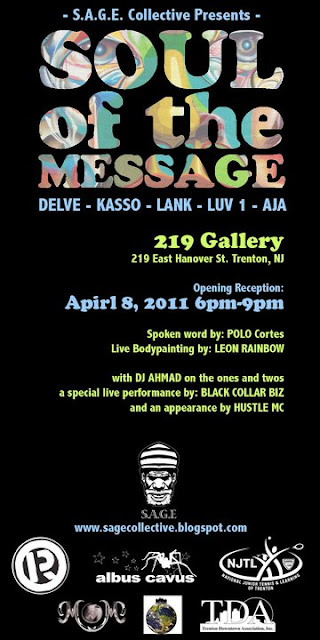 Who: S.A.G.E. Collective, a New Jersey-based group of artists responsible for murals all over the state. Notable murals of regional and international acclaim include a 90ft. blue whale on Newark Ave. in Jersey City, a tribute to poet Saul Williams in Trenton (featured on the poet’s web sites), and a brightly colored mechanical face on the side of the Highland Design Farm in Hopewell (featured in the Utrecht Art Supply Catalog). Members include Will Kasso, Luv One, Lank Williams Jr., Aja Washington, and Delve. http://sagecollective.blogspot.com/

What: Appropriately, S.A.G.E. is holding its first showing as a collective in its birthplace, Trenton. The show exhibits the members’ individual styles and establishes the collective as a group of fine artists as well as muralists. Each member contributed approx. five pieces of art, and each artist collaborated on an instillation in the gallery. S.A.G.E. members incorporate the broad landscape of techniques in “Urban Art” including stencils, brush painting, deconstructed letter-based and non-letter-based aerosol art, “graffiti” characters, and wheat paste. Performing at the opening will be Trenton-based hip hop group Black Collar Biz, Hustle MC, and the S.A.G.E. poet laureate Raul “Polo” Cortez. Also, Leon Rainbow will do live body painting. Wine and light refreshments will be provided.

The gallery space is being provided by the Trenton Downtown Association (TDA), a non-profit organization dedicated to making New Jersey’s capital city a more competitive location for business owners and a more engaging center for workers, residents and visitors. Since 1986, TDA has strived to meet this mission by nurturing and promoting arts, culture and tourism programs, downtown business development and public space initiatives.

You’ve seen graffiti on subway cars and roadways, but is it art? One New Jersey businessman thinks so. 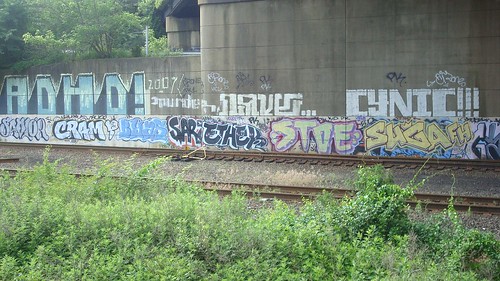 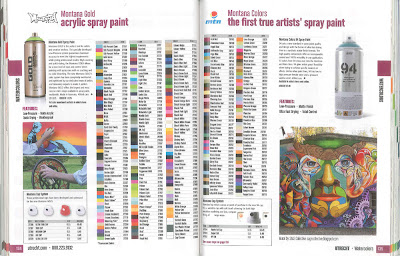 Our mural entitled “Highland Sentinel” was recently published in the latest Utrecht Art Supply catalog. This is a huge honor and we are very appreciative to have our work featured! If you take a look to the left hand side of the page, there is an image of crew member LANK doing a demo with the new Montana Gold line! 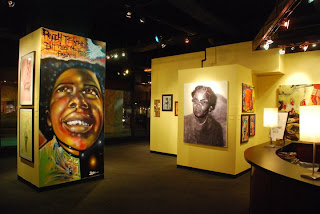 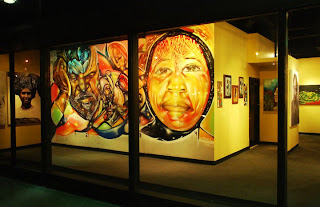 This was a lot of fun to produce. I painted two interior murals for the exhibit. I kept my subject matter within the context of the shows theme. With the title of the show being INHERITANCE, I decided to paint a mural in honor of my family…since without them, I would not be producing art.

The second mural is an image of my five year old niece looking up to the sky with the saying “REACH THE WORLD BUT TOUCH THE HOOD FIRST over top of her head. To the fair top right, a bird is flying over into the sunset.

The installation represents the last 5 years of my life; starting with the death of my father and ends with the birth of my niece(who was born two weeks before he, my father, passed). The piler that bares my niece image in positioned at the front of the gallery, so the entire mural production begins with her.

The secondary imagery within the mural is a play on my mental state during this time…a lot of confusion and emotion…with more clarity as time passes.

The entire installation took two 10 hour days to produce. I was treated with the utmost respect and hospitality from Stan and Christine Sudol, owners of Guerilla Galleries, and special thanks to Jerry’s Artist Outlet www.jerrysartistoutlet.com/, Golden acrylics www.goldenpaints.com/ and Montana Cans www.montana-cans.com/ for sponsoring my murals…an all around awesome time!

For more visuals from the show, check out Guerilla Galleries website: 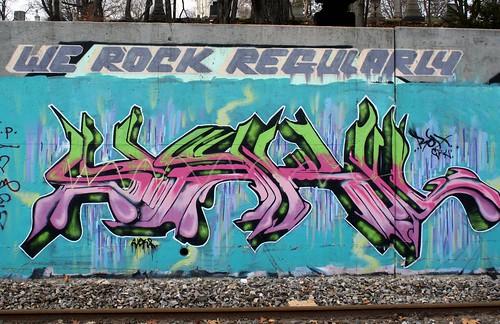